Bill Gaither: The Gospel of Giving 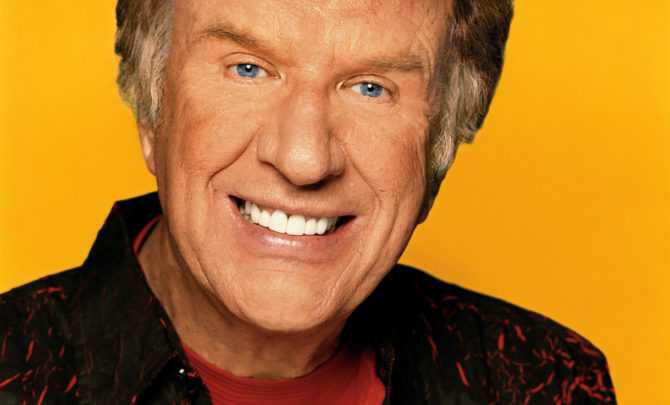 On a rainy Friday morning, Bill Gaither arrives at his Indiana office, just down the street from Rachel's Hi-Way Café and a sign that boasts "Welcome to Alexandria: Small Town U.S.A."

Gaither, who spent the previous day planting trees at the farm that was his grandfather's, cheerfully greets two co-workers, both of whom have worked for him for three decades and remain dedicated to prioritizing his time and keeping him on schedule.

That's no easy task—because Gaither is the world's most successful Christian songwriter, performer and music-businessman, and he chose his quiet Midwestern hometown (pop. 6,260) to serve as world headquarters for an entertainment empire that includes a music publishing company, record label, recording studio, gift shop and restaurant, and some 125 employees.

"This is still a wonderful, relaxed place to remember what we are all about," Gaither says.

For the last four decades, Gaither, 70, has lived a dream that began when he was a student in elementary school. In the late 1940s, he was milking cows when he heard the rousing Southern gospel music of the Dixie Stamps Quartet on a dusty radio in the barn, and he was captivated. "I can remember sitting at my desk in sixth grade wondering if the new 78 RPM of the Ranger's Quartet came in the mail today," he says.

Driven by a work ethic forged during long days baling hay and shucking corn on his family's 60-acre farm, Gaither, the oldest of three siblings, slowly built a back-room gospel songwriting business into an industry juggernaut. All of this while working as a high school English teacher after regional, and then national, gospel artists began recording his tunes.

But even as he was becoming a successful Christian songwriter, entertainer and entrepreneur, he never loosened his hometown, middle-America roots. He and Gloria, his wife and frequent co-writer, still live in the simple white country home, located on 15 acres purchased for $3,800 in 1964, where they raised their three children—Suzanne, 41, Amy, 37, and Benjy, 36—and now spend time with their five grandchildren. On summer nights, they like to load up their grandchildren in a 1972 red Impala convertible and cruise through the countryside, just like they did decades ago with their own kids. During the fall and winter, Gaither tries as often as possible to catch the home games of the Indiana Pacers and Indianapolis Colts. More than a handful of his neighbors still call him "Billy Jim," the name many remember from his childhood.

But everywhere else, Gaither is known as the most successful entertainer in the history of Christian music. He's sold more than 20 million copies of his nearly 50 albums, and 18 million videos and DVDs from his hugely popular in-concert Homecoming series. In 2004, his Homecoming Tour made Rolling Stone magazine's list of the Top 50 grossing concerts, and in some cities it has outsold artists such as the Eagles and Elton John. His televised Gaither Gospel Hour and Gaither Family Music Hour TV shows are telecast to some 75 million viewers on 12 different networks, including RFD, GAC and the Inspirational Network (formerly PAX).

Songwriters of the century

Gaither and Gloria, 64, who also is an author and speaker, have written some 600 songs, including the standards "Because He Lives," "He Touched Me" (which was recorded by Elvis Presley) and "The King Is Coming," all of which have sold 1 million copies each of sheet music. He and Gloria have won numerous awards, including the prestigious title of Christian Songwriters of the Century, which the music organization ASCAP bestowed on them in 2000.

Gaither credits his Alexandria upbringing with his success because it instilled in him a strong work ethic, an unconditional faith in God and a sense of humility. One long-ago moment in particular largely determined his approach to business and life. "My granddad told me, 'Bill, there are givers and there are takers in this world. You gotta make up your mind which you're going to be,'" he says.

It wasn't a hard choice, because giving was all Gaither had ever known. "Giving is a way of life," he says, "and if you understand that, you are going to be fulfilled." His father, George, was a toolmaker and farmer who spent the long Indiana winters helping neighbors clear snow off of their driveways. His paternal grandfather, Grover Gaither, took in an orphan and later paid his way through electrician's school.

"Give it away" is Gaither's mantra, as well as the title of the new album by the Gaither Vocal Band, which celebrates its 25th anniversary this year, and the group's new live-performance DVD/video that debuts this month.

A ministry of helping others

Gaither's success has enabled him to be generous with his time, money and influence. He's donated millions of dollars to charities and individuals, sometimes anonymously, whether to Hurricane Katrina victims on the Gulf Coast or a child in need of surgery in Guatemala. It became his personal mission to raise money for the Gospel Music Trust Fund, which helps aging gospel stars who have fallen on hard times. Through his personal donations and industry fund-raising efforts, the fund has grown from about $20,000 to $2.5 million in two decades.

"There's a phrase that I heard when I was a teenager: 'Blessed people bless people, and hurt people hurt people,'" says gospel performer Amy Grant, who often toured with Gaither when she was launching her own career in the 1980s. "Bill Gaither is a blessed man, and he has lavished amazing things on the people around him."

Gaither has his own sayings about his philosophy of life. "I say this to young artists all the time: 'You are probably going to be successful and create some resources. What are you going to do with those resources? Are you going to blow it all?' Most of them do," he says. "Or you can be frugal, put some away, help some other people and do something with the resources God has given you."

Helping others has become the cornerstone of Gaither's music ministry. He schedules the Gaither Vocal Band's tour dates on Friday and Saturday nights so the band's younger members can spend more weekday time with their families. Often, Gaither travels overnight by bus so other band members can use the company airplane and spend one more night at home. "It's a pretty good way of keeping families together," he says.

He uses his tours as a platform to launch the careers of other young Christian singers, while his Homecoming videos, which feature an ensemble of gospel greats, have provided much-needed income—as well as a feeling of appreciation—to older, less active singers and performers.

Gaither's belief in God and humanity hasn't wavered, though in recent years he's faced the deaths of both parents, his brother, Danny, and several close friends, such as beloved gospel singers Jake Hess and Hovie Lister, as well as Anthony Burger, a pianist who collapsed and died in April while on a Gaither Homecoming Caribbean cruise.

"People ask me how much longer I am going to do this," he says. "I don't even think of that. I am just running this car as fast as I can run it, and when I hit a wall, I'm out of here.