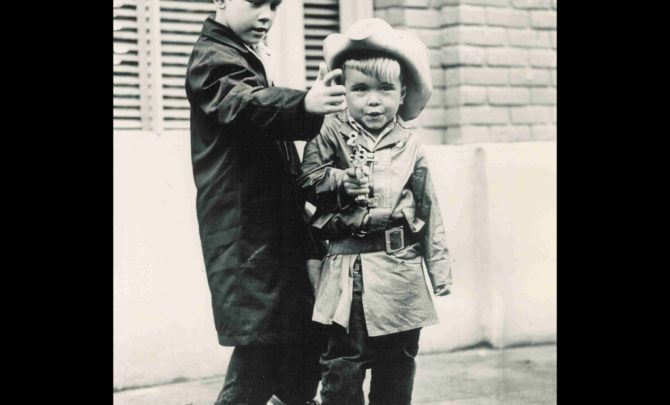 Who played Leon, the little boy dressed in a cowboy outfit who was always sharing his sandwich on The Andy Griffith Show?
—Eugene Johnson, El Dorado, Ark.

That's Clint Howard, 52, real-life younger brother to Ron "Opie" Howard. Clint went on to star in his own 1960s' TV series, Gentle Ben. He has since appeared in lots of TV shows and movies, including more than a dozen directed by Ron, including Apollo 13, How the Grinch Stole Christmas, Far and Away and The Dilemma. His other film credits include Ice Cream Man, The Wraith, The Waterboy, My Dog Skip, How To Eat Fried Worms and Night at the Museum: Battle at the Smithsonian.