Does Sharon Gless Have Children? 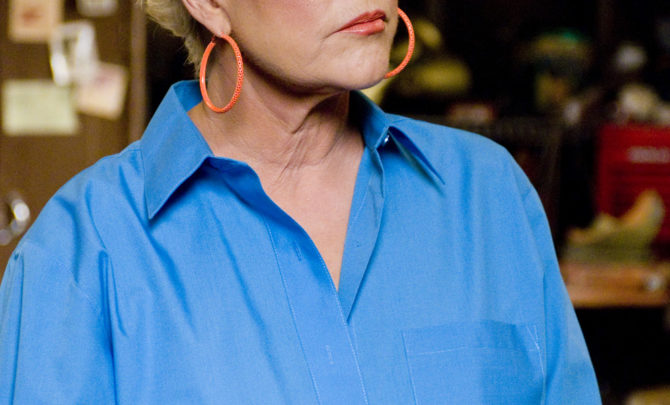 Sharon Gless is wonderful as Michael’s mom on “Burn Notice.” Does she have any children?
—Peter Goldstein, Hollywood, Fla.

A fifth-generation Californian, despite the fact that she now resides in Miami, Fla., Gless, 70, has no biological children. Her family consists of two brothers, two sisters-in-law, three stepdaughters, several stepgranddaughters, nieces, nephews, and 18 cousins. “I was raised Catholic, so they just kept coming,” she jokes.

Even with such a large number of relatives, Gless is close to her family. Her older brother Michael is an attorney, following in the footsteps of their maternal grandfather Neil McCarthy, whose client roster included such Hollywood heavyweights as Howard Hughes, Louis B. Mayer and Cecil B. DeMille, and who had a salad named after him at the famed Polo Lounge at the Beverly Hills Hotel. Her younger brother, Aric, is an architect.

Gless’ mother, Marjorie, was a stay-at-home mom until she and her husband, sportswear manufacturing executive Dennis J. Gless, were divorced when Gless was a teenager. Despite their split, Gless says when she was younger, she dreamed about having the perfect marriage and children.

“It didn’t work out like that,” she says. “Looking back, I couldn’t have had the career I’ve enjoyed and also been a good mother. I wasn’t grown-up enough myself.”

Gless, who is best known as the blonde half of “Cagney & Lacey,” finally married when she was 48 years old. Her husband is Barney Rosenzweig, the executive producer and creator of the 1982-1988 cop drama.

“My mother was just so excited that I got married at all,” she says. “Barney has three daughters. It’s wonderful having stepchildren. I didn’t have to raise them, but I get to reap all the benefits of enjoying them.”