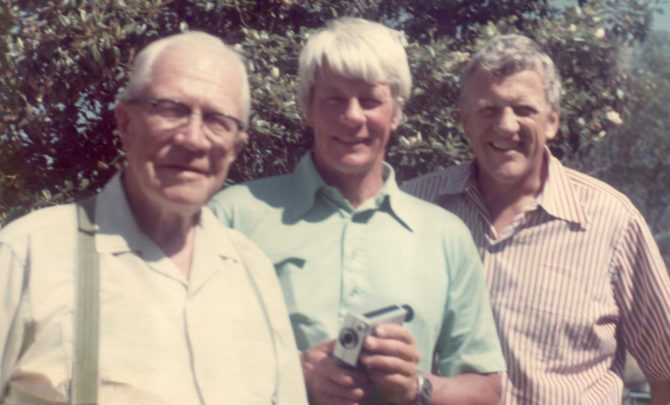 Your wife wins this one. Born James and Peter Aurness in Minneapolis, the Gunsmoke star-to-be later modified the spelling of his last name to Arness and Peter chose to use their mother's maiden name of Graves. Although they were both very active in movies and television at the same time, they never acted together. But Graves did direct a 1955 episode of Gunsmoke, the long-running TV series that starred his big brother in the role of Marshal Matt Dillon.

Camp Eureka for the Blind