Home Celebrity Q&A‘Make It or Break It’ Gymnastics

‘Make It or Break It’ Gymnastics

Celebrity Q&A, Featured Article
https://americanprofile.com/articles/make-it-or-break-it-gymnastics/
By Paulette Cohn on May 14, 2012 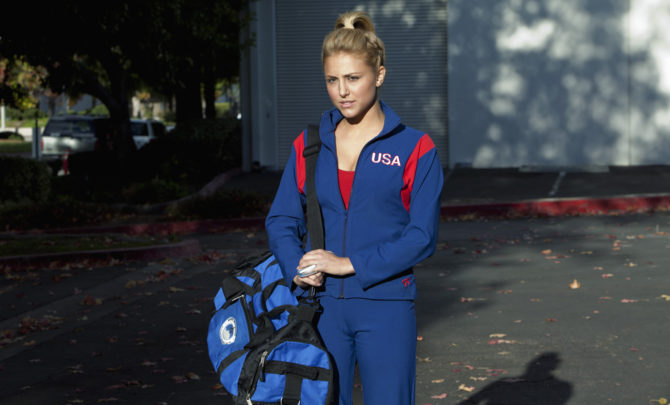 How much of the gymnastics do the girls actually do on Make It or Break It?
–Shanna O'Reilly, Cicero, Ill.

According to Cassie Scerbo, who plays Lauren Tanner on the ABC Family series, they do as much as they can and as much as they are allowed to do, but for insurance purposes, the more difficult gymnastics are performed by stunt doubles.

"All the dancing stuff you see, we do," says the 22-year-old native New Yorker. "We do have little tricks that we do. Josie Loren and I have our back handsprings, I have my back walkover, and Ayla Kell is great on the bars. But for the most part, all the tricky, tricky things you see, we are not allowed to do, even if we could, we can't."

But Scerbo, who also starred in Bring It On: In It To Win It, says that having the stunt doubles on set has been great because they have taught her what the world of gymnastics is really like, which has been helpful for her in creating her character. For season three, which is airing now, training began a month and a half before filming began, but Scerbo says she also has her own workout routine.

"I like to mix it up with Barry's Boot Camp, yoga, and I am huge into boxing. I am more of a tomboy, so I love boxing and running. We just eat healthy and work out to get in shape for the show. It is as simple as that."