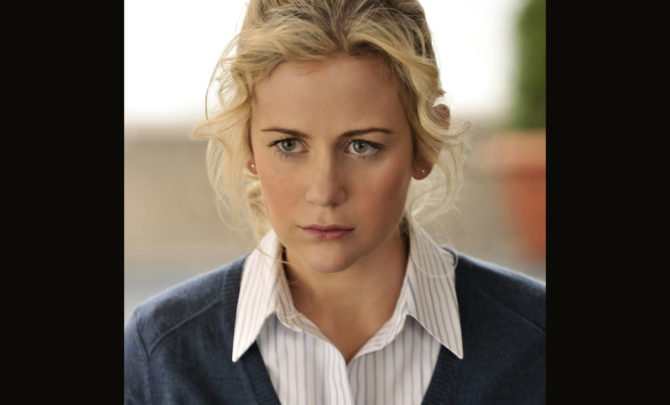 The woman who stars in Lifetime TV's Against the Wall looks like a young Meg Ryan. Is she any relation?
—Carole Hart, Valencia, Calif.

There is no family connection between Ryan, 49, and Rachael Carpani, 31, who plays Abby in the new crime drama, but Carpani says she gets asked that question quite often.

"More so when I was younger," she says. "It's a really nice compliment to get, especially if I'm feeling tired. It perks me up. But my mum used to say it a lot, so it reminds me of my mum."

Carpani, who was born in Sydney, Australia, and studied acting at Macquarie University, is best known for her role as Jodi Fountain on McLeod's Daughters, which ran briefly in the U.S. on cable. Her TV series credits include Cane, NCIS: Los Angeles and The Glades, on which she played opposite real-life boyfriend Matt Passmore.