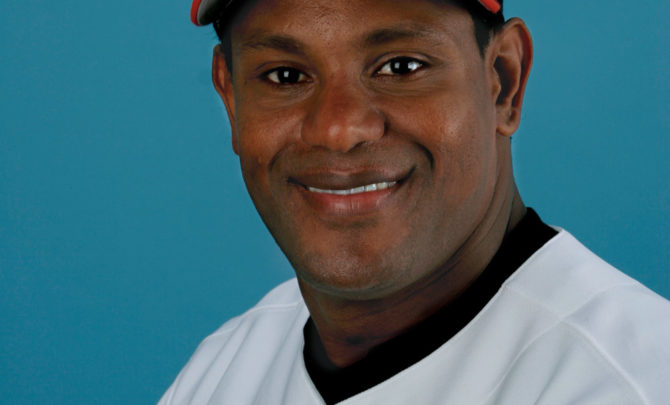 Sosa, 37, did not return to major league baseball this year after a downward spiral of professional woes closed out "a career that seemed scripted with magic as the century turned," wrote the Chicago Tribune. He became a mega-millionaire superstar with the Chicago Cubs, smacking 243 home runs from 1998 to 2001, the most prolific four-year batting binge in baseball history. But then the magic began to disappear: struck in the head by a pitch that shattered his batting helmet; sidelined by an infected toenail and an injured back; caught cheating with a corked bat; called last year before a congressional committee investigating steroid use; booed at Wrigley Field when his home runs became less and less frequent. The Cubs traded him to the Baltimore Orioles in 2005. They did not ask him to return for the 2006 season, and no other team offered him a spot on their roster. Sosa was only 12 homers shy of becoming the fifth man to ever hit 600.