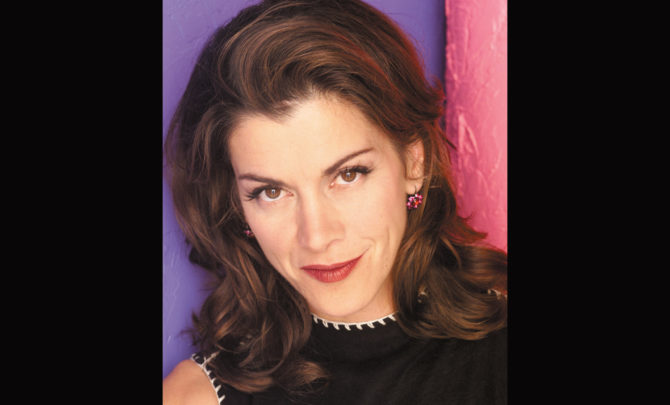 The actress who plays the character Nina Van Horn on the television show Just Shoot Me looks so familiar. Where else have we seen her?
—Dave Y., West Virginia

Wendie Malick, who stars as the shallow ex-model and magazine fashion editor, received critical acclaim for her dual roles as the sibling advice columnists Ann Landers and Abigail Van Buren in the 1999 television movie Take My Advice: The Ann and Abby Story. Other television work includes recurring roles on NYPD Blue, Anything But Love, Baywatch, and Kate & Allie, and guest spots on The X-Files, Cybill, Seinfeld, L.A. Law, and Mad About You. Film credits include The American President and Bugsy. Malick lives in the Santa Monica mountains of California with her husband, two horses, three dogs, and a cat.