Home Featured ArticleWhat Is a Fife?

What Is a Fife? 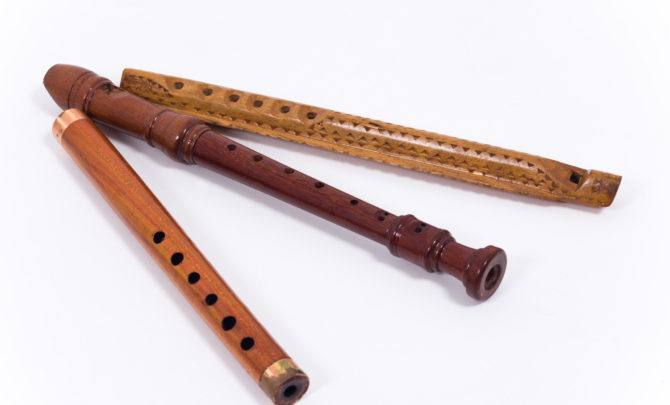 The fife is a small woodwind instrument known especially for its high pitch and loud, piercing volume. It closely resembles a recorder in that it is typically made of wood and utilizes open finger holes instead of levers like the piccolo or flute. It is still reminiscent of the piccolo, however, in that it is held perpendicular to the mouth with the hands to the side, and the mouth does not touch the instrument but instead blows a stream of air through the mouthpiece.

The fife first came into existence as early as the 15th century in Renaissance and medieval Europe, and was at the time used mostly for military marching and signaling purposes—often accompanying the snare drum—due to its portable size and ability to carry sound over great distances, even in the midst of battle. By the 17th and 18th centuries, the fife and drum corps was standard in most European infantries, with each company assigned a “band” of two fifers and two drummers. This is in fact the first place in history the term “band” was used to describe a group of musicians.

Through its history, the fife also has been used for more recreational purposes, including in accompaniment with dancing at social gatherings in medieval Europe. It is in this folk tradition that the fife arrived in colonial America, quickly becoming one of the most widely used musical instruments, at one time even more popular than the piano and violin.

Because of its general popularity in early America, traces of the fife can be heard in many facets of American music. Consider “Yankee Doodle,” which was most likely originally played on a fife or some similar instrument. The fife became a melodic cornerstone of music from Appalachian folk music to slave spirituals to early blues, which in their own way have since served as the foundations of today’s popular music, from country to rock to gospel. Though it has become increasingly rare, the fife can still be heard in some musical practices in America and Europe, such as in traditional Appalachian music circles, Celtic music, modern day folk-rock, and even Caribbean music, which features a bamboo fife. The fife has been removed from standard military practices, but many countries, such as Great Britain, still include a fife and drum corps in their ceremonial military processions. Though the last military group to actively use fife and drum regiments in its companies was the U.S. Marine Corps in the late 19th century, many groups in America and across the world continue to uphold the centuries-old fife and drum tradition.

Where Does Survivalist Bear Grylls Live?