Home Celebrity Q&AWho are Two Guys in the Car in the Sonic Commercials?

Who are Two Guys in the Car in the Sonic Commercials? 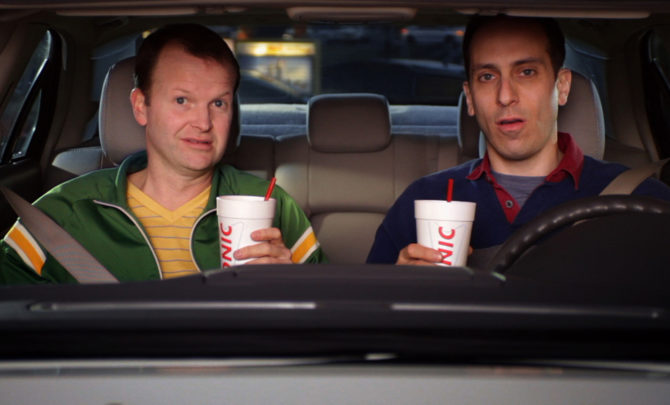 Who are the two guys in the car in the Sonic commercials?
—John Daniel, Albuquerque, N.M.

Improv comedians T.J. Jagodowski and Peter Grosz have played the two quirky Sonic guys since 2002. New Yorker Grosz, 39, has appeared on TV’s “The Weather Man,” “Curb Your Enthusiasm” and “Veep.” He received two Emmy Awards for his writing on “The Colbert Report” and frequently may be heard on NPR’s “Wait Wait . . . Don’t Tell Me!” Jagodowski, 41, a native of Holyoke, Mass., has been an improvising on stage in Chicago for more than 15 years with the groups Second City, Improv Olympic and Annoyance. His movie credits include “Oz the Great and Powerful,” “Prison Break,” “The Ice Harvest” and “Stranger Than Fiction.”

About Antonio Cupo of ‘Love at the Thanksgiving…